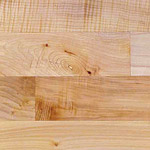 Origin:
There are approximately 129 species, most of which are native to Asia, with a number also appearing in Europe, northern Africa, and North America. Only one species, the poorly studied Acer laurinum, is native to the Southern Hemisphere. The type species of the genus is the sycamore maple, Acer pseudoplatanus, the most common maple species in Europe.

The sapwood of sugar maple is a lovely creamy white, while the heartwood ranges from creamy white to light reddish brown. This wood has a closed, subdued grain and a uniform texture, with medium figuring. The figuring is variously described as quilted, curly, "bird's-eye," and "fiddle back." During the grading process, interestingly figured boards are often culled from the group and sold at a premium. Due to its light colour and durability, maple is a popular choice when a "contemporary" look is desired for a wood floor.
Like black maple (B. nigrum), sugar maple is classified as a hardwood (other species of maple are considered soft). And like teak and white oak, it has a high crushing strength. It is stiff, strong, dense, and extremely tough, with excellent shock resistance. It is notably resistant to abrasive wear; and for this reason, it is the hardwood flooring of choice for such high-traffic/hard-use locations as bowling alleys, basketball courts, and other sports facilities.
Hard Maple’s hardness is 1450. Hard maple is a harder and more durable variety of wood flooring. It is over twice as hard as Douglas fir, roughly six per cent harder than white oak, about eighty-nine per cent as hard as wenge, twenty-four per cent softer than Jarrah, and close to two thirds that of santos mahogany's ranking of 2200. In comparison, black sugar maple has a ranking of 1180.
Sugar maple is so hard that machining of the wood can be difficult. Yet it does sand satisfactorily. However, because of its density and light colour, sanding marks and finish lines will stand out more clearly than in darker woods, so extra care must be taken when sanding and finishing maple hardwood floors. It is fairly resistant to splitting and has good holding ability.
Sugar maple has been called "nature's perfect flooring," and it is known to have been used as a flooring for sports activities going back over 150 years. There is practically no limit to the uses that can be found for sugar maple. As flooring, it has been used to create a bright, cheerful, and elegant ambiance in countless homes, as well as providing a highly durable surface in gymnasiums, bowling alleys, and dance floors. In addition, this resilient wood is used for lumber, furniture, cabinetry, shoe lasts, tool handles, bowling pins, musical instruments, spools and bobbins, wooden novelties, piano frames, crates, and pulpwood. Last but not least, its sap provides a delicious, edible distillation in the form of pancake syrup.

Sycamore Maple on the other hand is softer than Hard Maple with Janka Hardness of 1050.  It is fairly easy to work with both hand and machine tools, though maple has a tendency to burn when being machined with high-speed cutters such as in a router. Turns, glues, and finishes well, though blotches can occur when staining, and a pre-conditioner, gel stain, or toner may be necessary to get an even color.
Sycamore Maple is commonly referred to simply as “Sycamore“ in Europe, though it is actually a type of maple tree (Acer genus) rather than sycamore (Platanus genus)—and its botanical name A. pseudoplatanus means “false plane” or “false sycamore.” 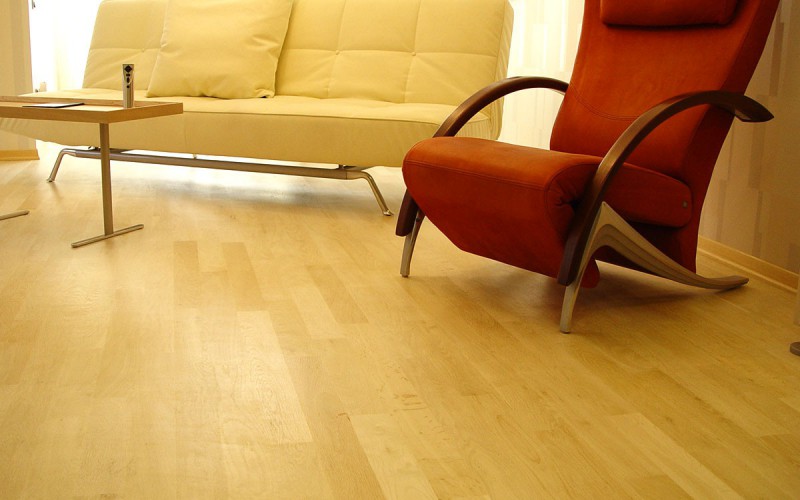