Home Resources What is Marquetry?

Marquetry is the art of creating designs and pictures out of carefully fitted pieces of thin wood. Using precisely cut pieces that fit together perfectly, craftspeople create elaborate designs and pictures using only the wide variety of colours and grains that exist in different wood species.
The definition between marquetry and inlay often engender confusion. All marquetry can be described as inlay because each individual component can be said to be ‘inlayed’ into each other. Conversely, true inlay can never be defined as marquetry as it is composed of segments in which a space is first chiselled into the solid ground to be then filled with a piece cut to fit.

Some of the more-commonly used woods in the field of marquetry include maple, oak, mahogany, walnut, ash, wenge, merbau. Non wood materials such as marble, ivory, gems and steel could be mixed with the wood to create unique designed marquetry. Ideal woods for marquetry feature straight grain; resistance to expansion, contraction and warping; and a resistance to splitting and chipping when they're cut.

Because of its complexity and delicacy, marquetry had to be done by hand for centuries. Pieces of wood were carefully cut out using small jigsaws, then carved or sanded to fit together. In the modern era, laser techniques have been developed that drastically reduce the amount of time required to make a marquetry floor. Installing floors was traditionally done by hand by carefully gluing the pieces down on a subfloor, but this process is also becoming increasingly automated--for example, with the creation of prefabricated marquetry panels in wood shops.

Marquetry has traditionally been an expensive luxury, and floors that feature it are usually found in castles, public buildings and very expensive homes. In places such as Windsor Castle, elaborate marquetry is used to beautify the floors and glorify the monarchy that the building represents. Marquetry can be used to accent the dimensions of a room--for example, by laying a marquetry border around the edges of a room--or in purely decorative ways, such as covering an entire floor with geometric patterns. 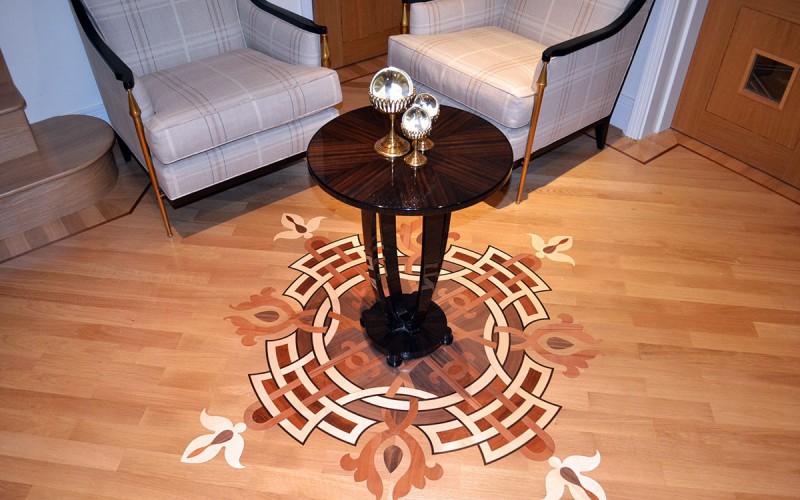 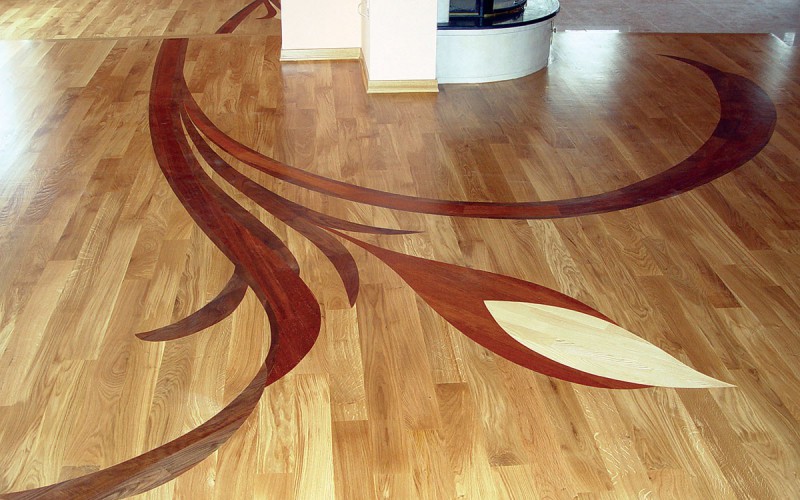 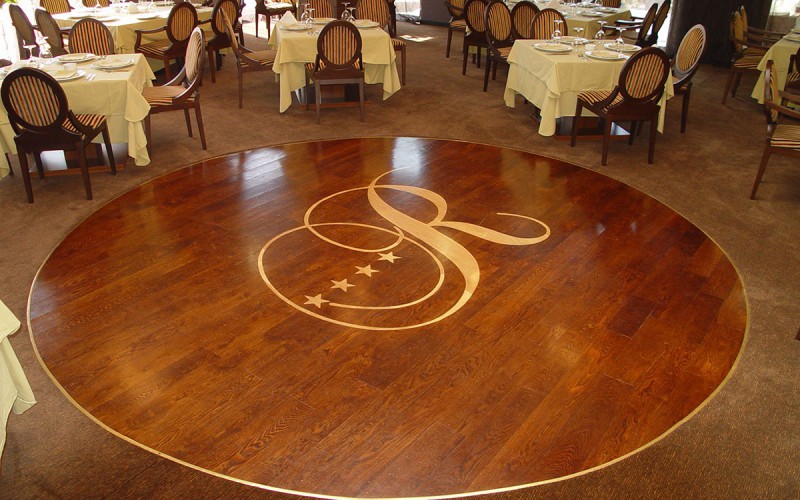 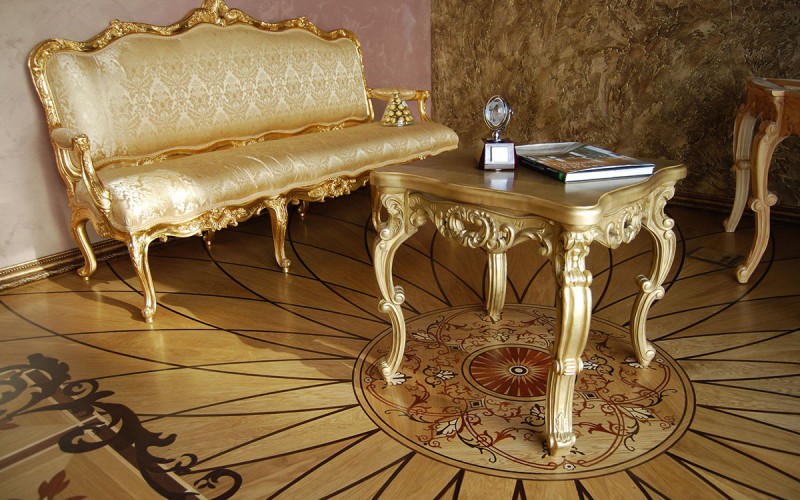 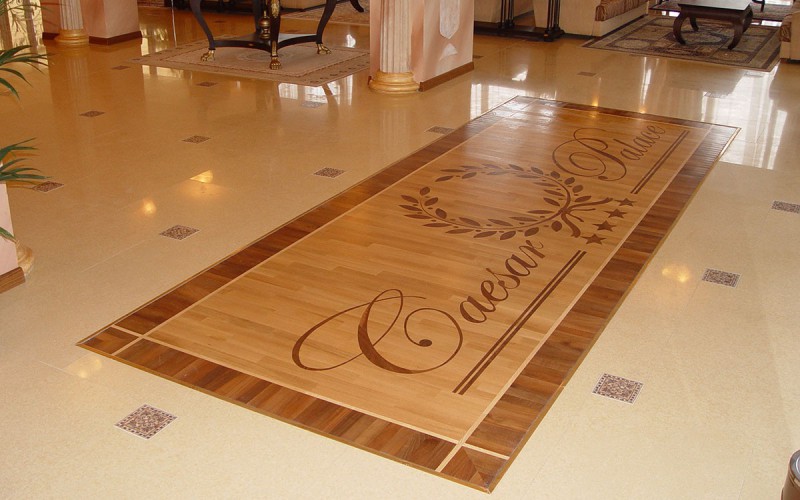 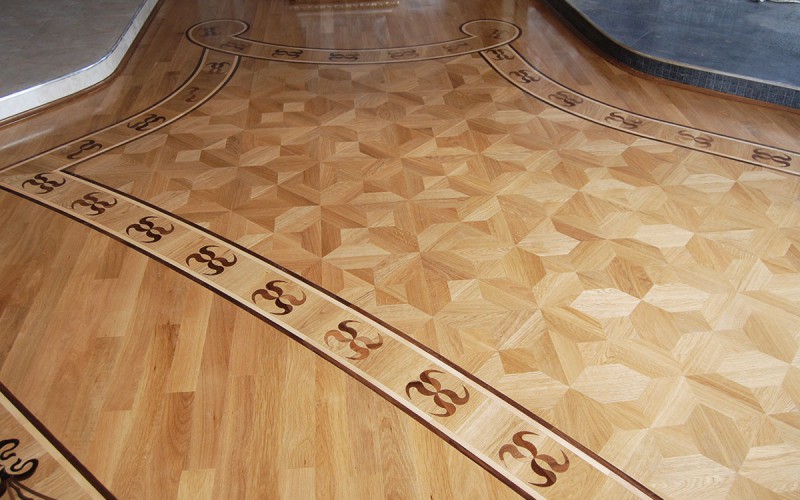 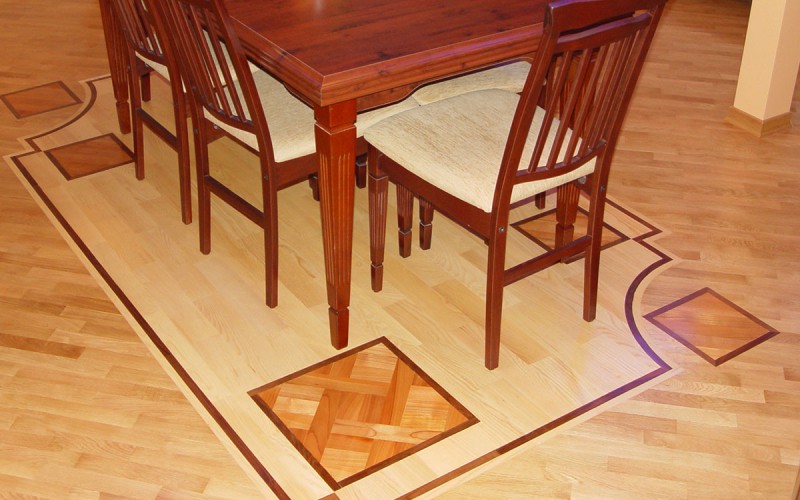 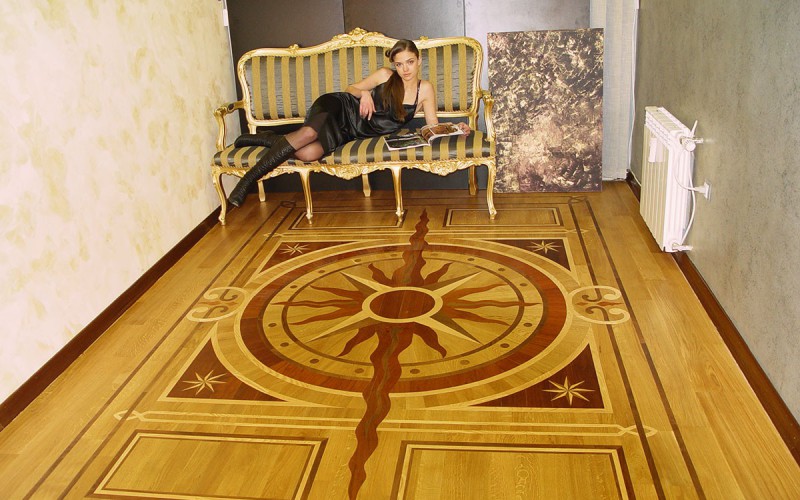 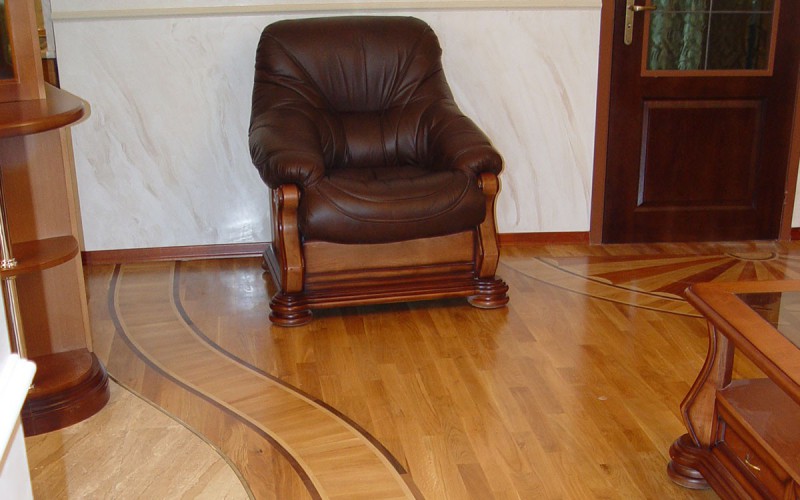 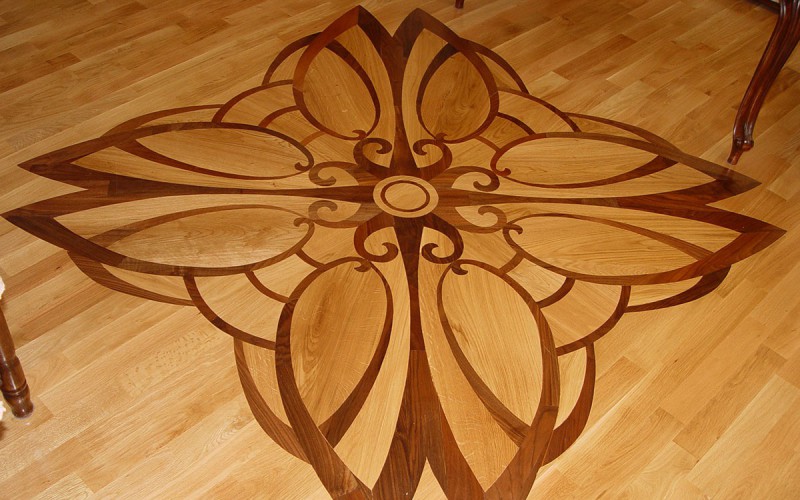 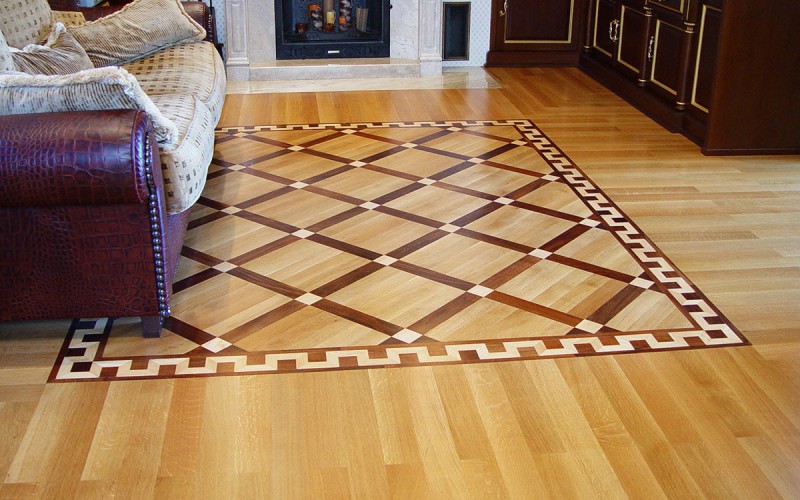 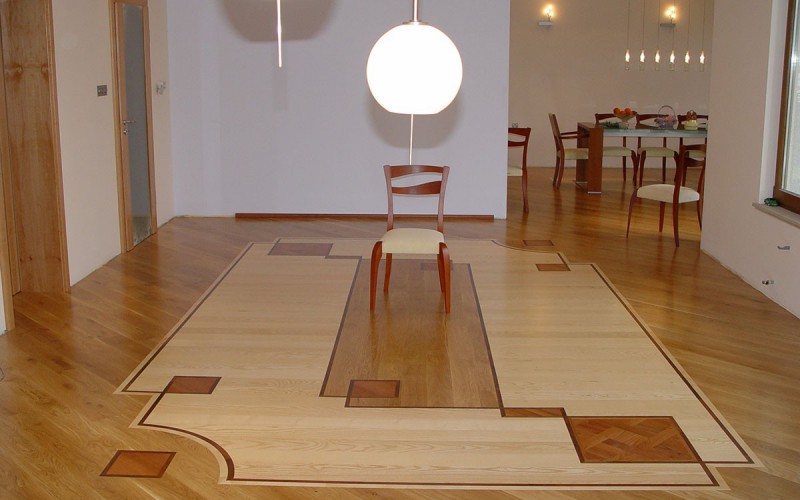 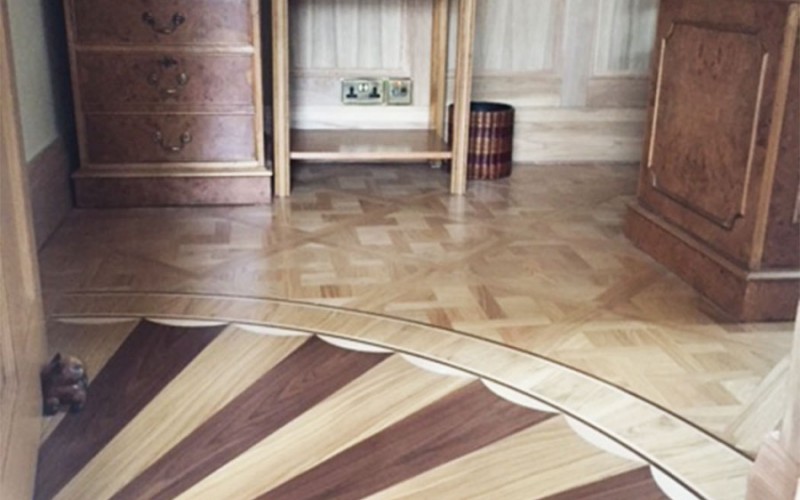 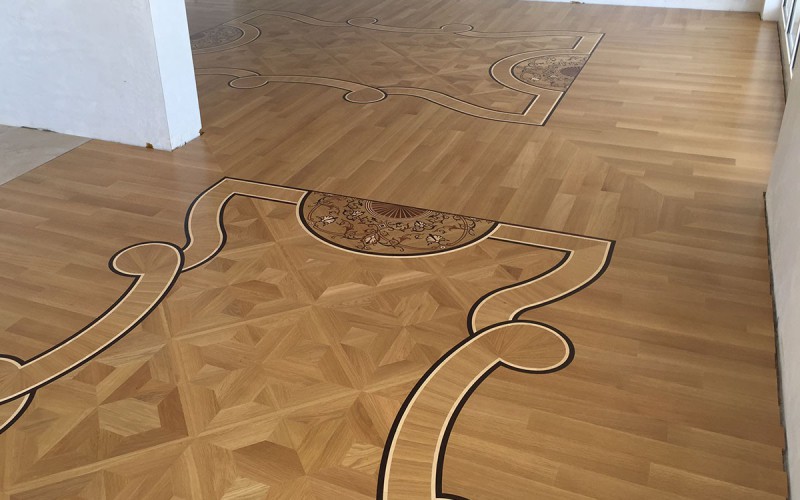 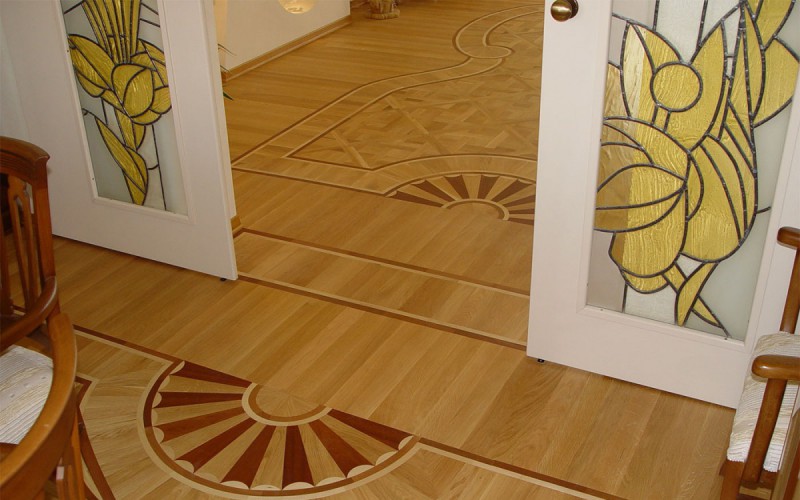 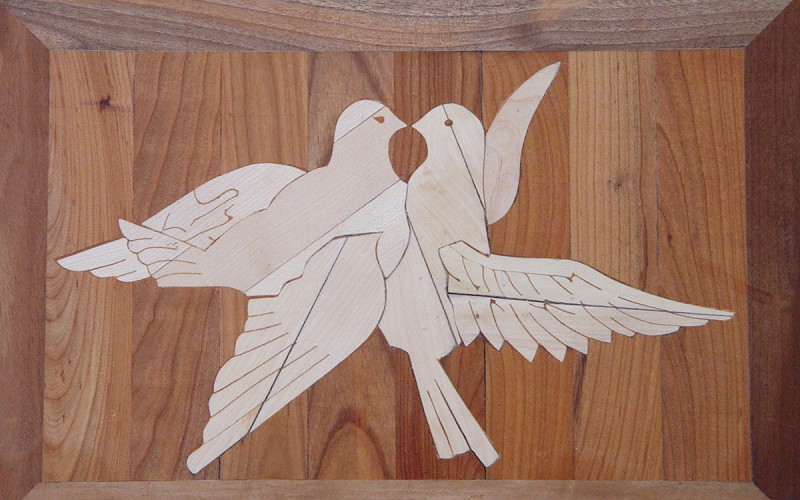 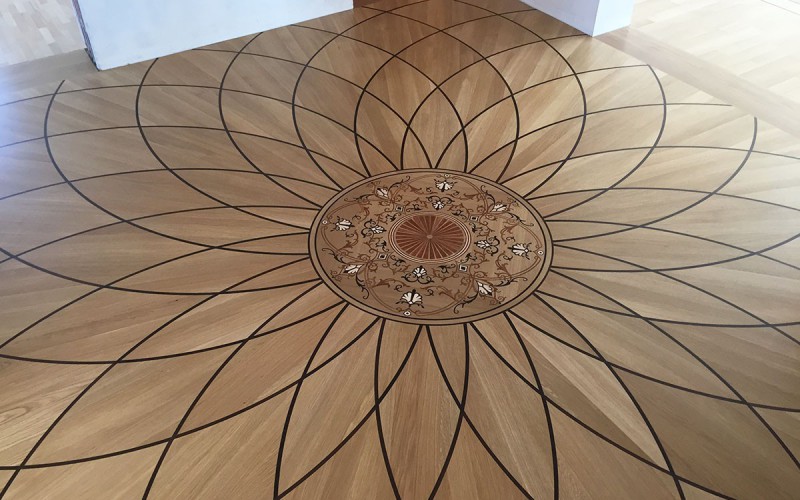 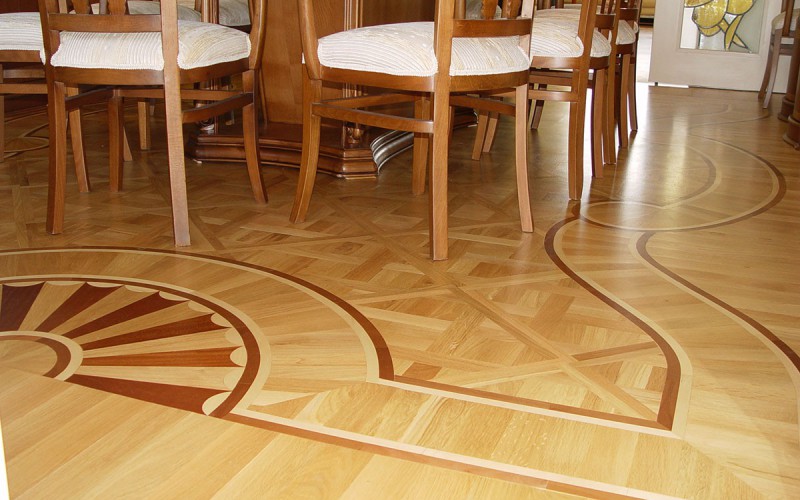 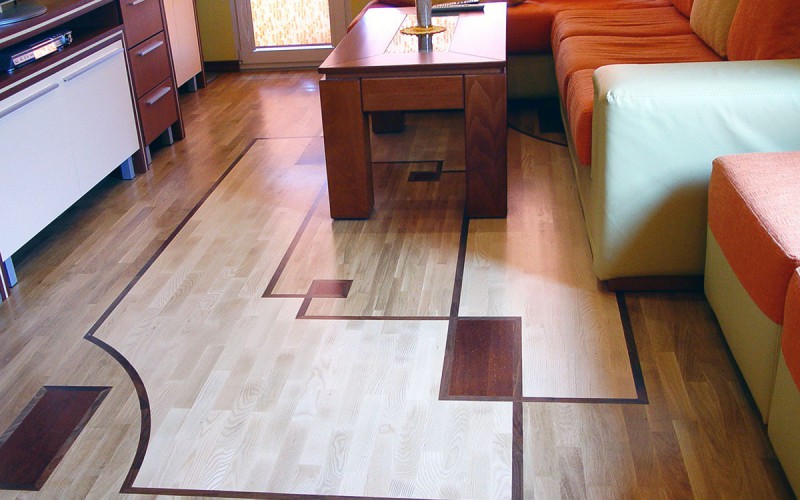 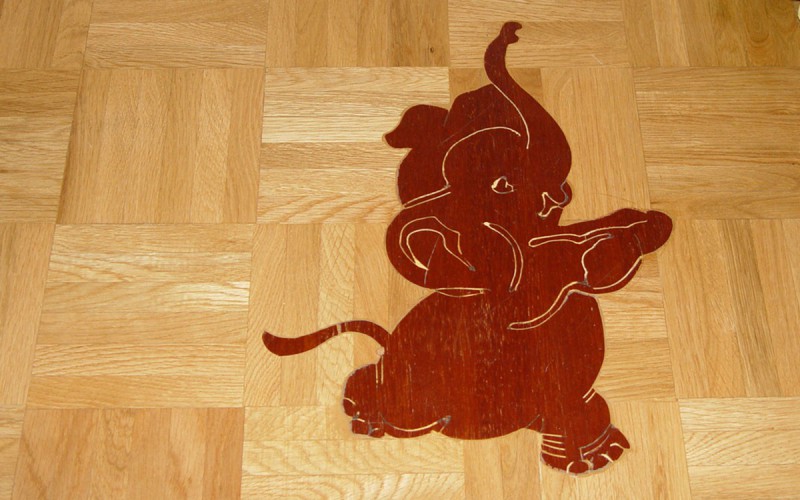 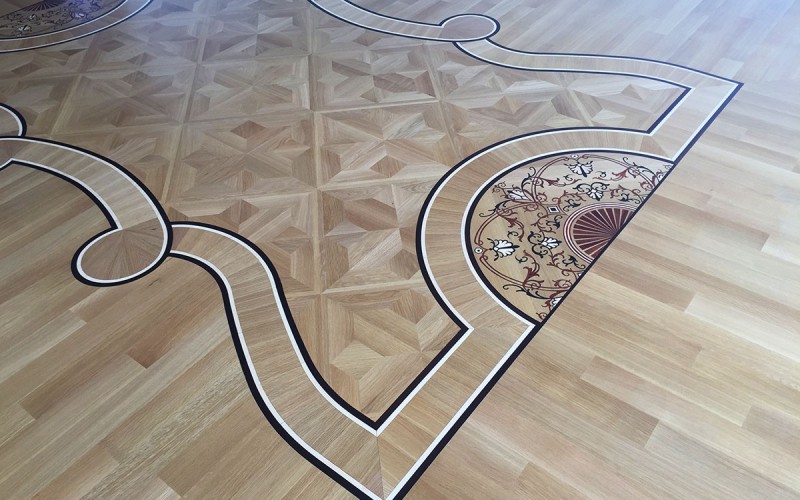