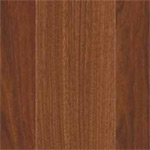 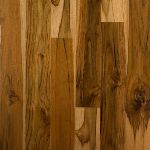 Sometimes called Burmese Teak, this name is used to differentiate natural-grown trees (typically from Myanmar, aka Burma) from Teak grown on plantations. Used extensively in India and within its natural range for centuries, Teak has grown into a worldwide favorite. With its superb stability, good strength properties, easy workability—and most of all, its outstanding resistance to decay and rot—it’s no wonder that Teak ranks among the most desired lumbers in the world.

Much like the many names and knockoffs of Mahogany, the moniker “Teak” has been affixed and assigned to a number of different woods seeking acclaim. The usual procedure is to  take a wood bearing any degree of resemblance to Teak and insert a geographical location in front of the name. For instance, Cumaru is sometimes referred to as Brazilian Teak, while Rhodesian Teak bears little botanical relation to real Teak—Tectona grandis. The name Burmese Teak, however, does refer to genuine Teak.

The sapwood of Teak is white to pale yellow, while the heartwood is dark golden-brown to dark golden-yellow to rich brown in colour with darker chocolate-colored brown streaks. The species has a straight, occasionally wavy grain and is fairly coarse and uneven in texture. The wood itself can be greasy with shiny white pockets. This species has a dull lustre. Teak has a high resistance to decay and termite attack. In fact the oil secreted by the wood is reported to be a natural insect repellent. The wood remains smooth under friction and is reported to have the odour of leather when freshly cut. Chestnut is difficult and time consuming to dry properly.
Teak’s hardness is 1000. As a flooring option, teak is a somewhat hard and durable wood. It falls between black cherry and black walnut in hardness, is about forty per cent harder than Douglas fir, is thirty-one per cent softer than sugar maple, is roughly sixty-nine per cent as hard as hard maple, and is just over forty-five per cent as hard as santos mahogany's ranking of 2200.
Teak can be somewhat difficult to saw properly due to its severe dulling effect on cutting edges. Pre-boring is suggested yet the wood holds nails well once applied. Glue holds well and easily with teak flooring. This species sands good but can clog sandpaper. Solvent use is suggested on the surface of the wood prior to staining to ensure minimal interference with the natural oils present. Fairly well but does mar somewhat easily under heavy traffic.
Teak's uses include flooring, flooring accents, fine furniture, interior construction, canoes, and tables.

Despite its widespread cultivation on plantations worldwide, Teak is very expensive. It is perhaps one of the most expensive lumbers on the market, at least for large-sized, non-figured wood. Other woods are more expensive, but are typically only available in small pieces, (i.e., Gaboon Ebony or Snakewood), or they are valued solely for the figure of their grain (i.e., burl woods, Pommele Sapele, or Waterfall Bubinga).