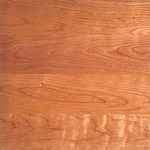 Not to be confused with other domestic and exotic species with similar names, such as Brazilian cherry, or Jatoba (Hymenaea courbaril), which is extremely dense and strong and has a different colour and texture compared to Cherry.

Origin:
Native to Europe, west Turkey, northwest Africa, and western Asia, from the British Isles south to Morocco and Tunisia, north to the Trondheim fjord region in Norway and east to the Caucasus, and northern Iran, with a small disjunct population in the western Himalaya.

Prized for its rich colour and fine graining, cherry is commonly seen in cabinetry and furniture. The fine, satiny texture of the wood is uniform and frequently wavy, with distinctive gum veins and pockets. The lustrous heartwood ranges from light to dark reddish brown, contrasting sharply with the sapwood, which may be light brown to pale with a light pinkish tone; however, between boards there may be significant colour variations. Cherry is extremely light-sensitive, so there is a strong colour change and darkening over a short period time when the wood is first exposed to light.
Cherry is a strong, but moderately hard wood. It is with excellent shock resistance, commonly found in borders and accents.
Cherry’s hardness is 950. As a flooring option cherry is just under forty-four per cent harder than Douglas fir, five per cent softer than teak, around seventy-three per cent as hard as red oak, close to two thirds as hard as hard maple, about fifty-eight per cent as hard as wenge, approximately fifty-two per cent as hard as hickory or pecan, and nearly forty-three per cent as hard as santos mahogany's ranking of 2200.
Black cherry has good machining, sanding, and holding ability, and is high in bending strength.
Second only to black walnut in value as a fine hardwood species, black cherry is commonly found in fine furniture, veneers, and wood flooring borders and accents. It is also used for printing and engraving blocks, professional and scientific instruments, and decorative items. 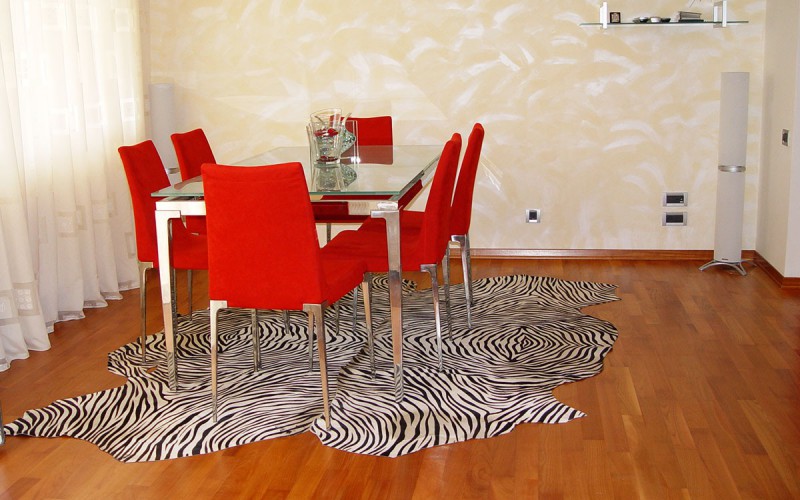